Cisco Appoints Amy Chang to Board of Directors 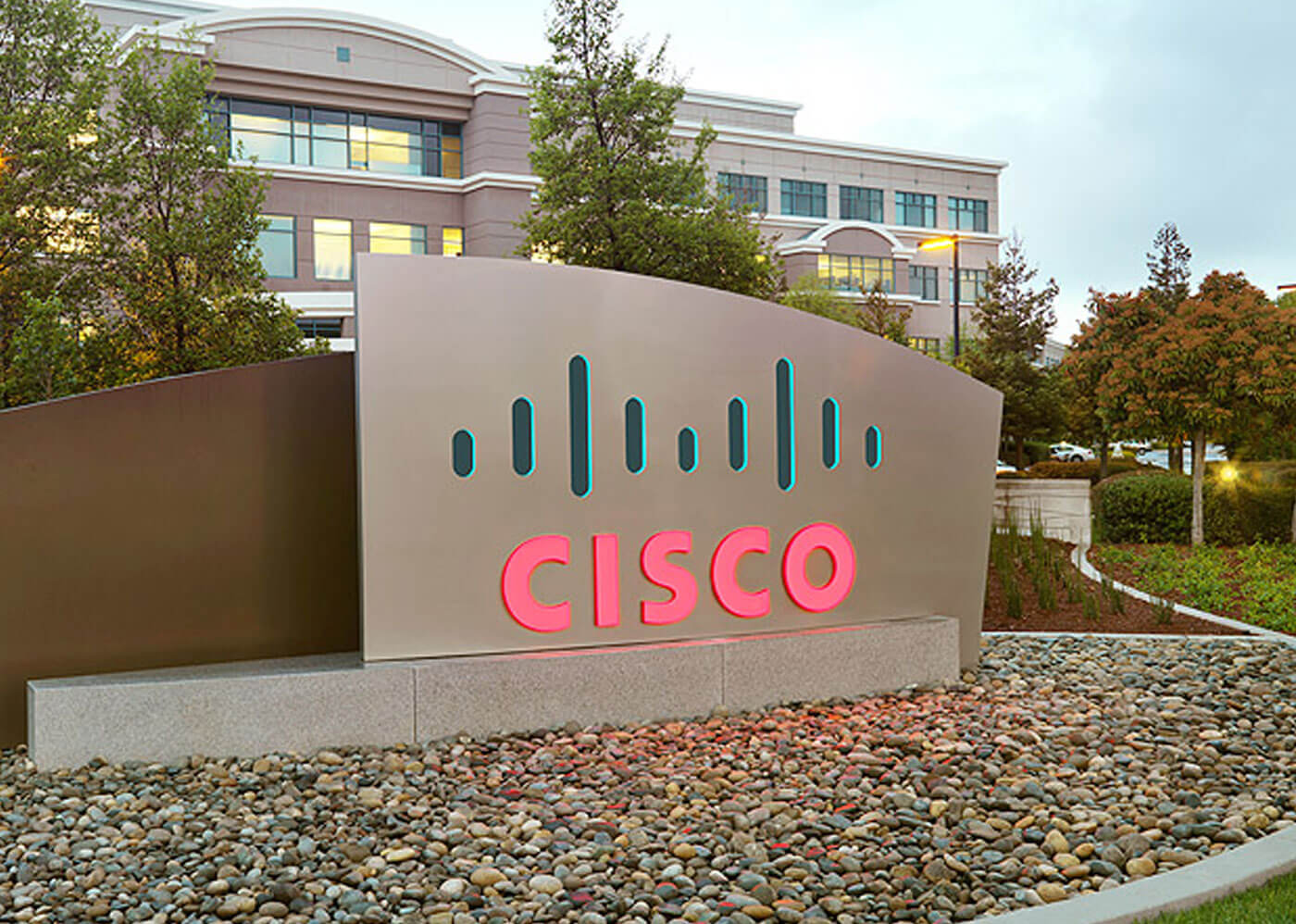 17 Oct Cisco Appoints Amy Chang to Board of Directors

We @Cisco are thrilled to have @_amychang join our Board of Directors. Welcome, Amy! https://t.co/z9vxUxRdg9

SAN JOSE, California, Oct. 17, 2016 – Cisco announced the appointment of Amy L. Chang, CEO and founder of Accompany, Inc., to its board of directors effective today.

“We are very pleased to have Amy join our board and look forward to her contributions,” said Chuck Robbins, CEO, Cisco. “Amy is a Silicon Valley leader and she understands the power we have to reimagine the way we can do business. Her experience as an entrepreneur, an engineer, and an industry disruptor will be invaluable to Cisco and to our customers in this new digital business environment.”

Chang, 39, is CEO and founder of Accompany, Inc., a relationship intelligence platform company. Prior to founding Accompany in 2013, Chang was with Google Inc. from 2005 to 2012, most recently serving as Global Head of Product, Google Ads Measurement and Reporting. Prior to Google, she held product management and strategy positions at eBay Inc. Chang also previously served as a consultant with McKinsey & Company, specializing in semiconductors, software and services. She holds a B.S. and an M.S., both in Electrical Engineering, from Stanford University. She currently serves on the board of directors of Splunk Inc.

“Drawing on her years of experience as a McKinsey consultant, advisor to numerous tech start-ups, an executive at Google, and now CEO of Accompany, Amy will provide fresh insights to our technology and business priorities as we continue to transform our business at an accelerated pace,” said Cisco Executive Chairman John Chambers.

Cisco (NASDAQ: CSCO) is the worldwide technology leader that has been making the Internet work since 1984. Our people, products, and partners help society securely connect and seize tomorrow’s digital opportunity today. Discover more at newsroom.cisco.com and follow us on Twitter at @Cisco.

Cisco Board of Directors During Amy Chang’s Tenure

Ms. Bartz, 69, has been a member of the Board of Directors since November 1996. Since November 2005, she has served as Lead Independent Director. Ms. Bartz served as Chief Executive Officer and as a member of the board of directors of Yahoo! Inc. from January 2009 to September 2011 and as President of Yahoo! from April 2009 to September 2011. From May 2006 to February 2009, she was Executive Chairman of the Board of Autodesk, Inc. From April 1992 to April 2006, she served as Chairman of the Board and Chief Executive Officer of Autodesk. Prior to that, Ms. Bartz was employed by Sun Microsystems, Inc. from 1983 to April 1992. Ms. Bartz also has previously served on the boards of AirTouch Communications, Inc., BEA Systems, Inc., Cadence Design Systems, Inc., Intel Corporation, the New York Stock Exchange and Network Appliance, Inc.

Ms. Burns, 59, has been a member of the Board of Directors since November 2003. She has served as the Center Fellow and Strategic Advisor to the Stanford Center on Longevity at Stanford University since August 2012. She served as the Chief Executive Officer of the Retirement Policy Center sponsored by Marsh & McLennan Companies, Inc. from October 2011 to February 2014. From September 2006 to October 2011, Ms. Burns served as Chairman and Chief Executive Officer of Mercer LLC, a global leader for human resources and related financial advice and services. She assumed that role after joining Marsh & McLennan Companies, Inc. in March 2006 as Chief Financial Officer. From May 2004 to January 2006, Ms. Burns served as Chief Financial Officer and Chief Restructuring Officer of Mirant Corporation, where she successfully helped Mirant restructure and emerge from bankruptcy. In 1999, Ms. Burns joined Delta Air Lines, Inc. assuming the role of Chief Financial Officer in 2000 and holding that position through April 2004. She began her career in 1981 at Arthur Andersen LLP and became a partner in 1991. Ms. Burns also currently serves on the boards of directors of Alexion Pharmaceuticals, Inc., Anheuser-Busch InBev SA/NV, Etsy, Inc. and The Goldman Sachs Group, Inc. She previously served as a director of Wal-Mart Stores, Inc., ending in 2013.

Dr. Johnson, 60, has been a member of the Board of Directors since August 2012. Dr. Johnson has served as the chancellor of the State University of New York since September 2017. From January 2015 to September 2017, Dr. Johnson served as the Chief Executive Officer of Cube Hydro Partners, LLC, a clean energy company, and a joint venture between Enduring Hydro, a company she founded in January 2011 and I Squared Capital, a private equity firm. From May 2009 to October 2010, Dr. Johnson served as Under Secretary of Energy at the U.S. Department of Energy. Prior to this, Dr. Johnson was Provost and Senior Vice President for Academic Affairs at The Johns Hopkins University from 2007 to 2009 and Dean of the Pratt School of Engineering at Duke University from 1999 to 2007. Previously, she served as a professor in the Electrical and Computer Engineering Department, University of Colorado and as director of the National Science Foundation Engineering Research Center for Optoelectronics Computing Systems at the University of Colorado, Boulder. She holds 119 U.S. and international patents and has received the John Fritz Medal, widely considered the highest award given in the engineering profession. Dr. Johnson was inducted into the National Inventors Hall of Fame in 2015 and she is also a member of the National Academy of Engineering. Dr. Johnson also currently serves on the board of directors of The AES Corporation. She previously served as a director of Boston Scientific Corporation, ending in 2017.

Mr. McGeary, 67, has been a member of the Board of Directors since July 2003. He served as Chairman of Tegile Systems, Inc. from June 2010 to June 2012. From November 2004 to December 2009, he served as Chairman of the Board of BearingPoint, Inc. and also was interim Chief Executive Officer of BearingPoint from November 2004 to March 2005. BearingPoint filed for protection under Chapter 11 of the U.S. Bankruptcy Code in February 2009 and its plan under Chapter 11 was declared effective as of December 30, 2009. Mr. McGeary served as Chief Executive Officer of Brience, Inc. from July 2000 to July 2002. From April 2000 to June 2000, he served as a Managing Director of KPMG Consulting LLC, a wholly owned subsidiary of BearingPoint, Inc. (formerly KPMG Consulting, Inc.). From August 1999 to April 2000, he served as Co-President and Co-Chief Executive Officer of BearingPoint, Inc. From January 1997 to August 1999, he was employed by KPMG LLP as its Co-Vice Chairman of Consulting. Prior to 1997, he served in several capacities with KPMG LLP, including audit partner for technology clients. Mr. McGeary is a Certified Public Accountant and holds a B.S. degree in Accounting from Lehigh University. Mr. McGeary also currently serves on the boards of directors of PACCAR Inc. and Raymond James Financial, Inc.

Mr. Sarin, 62, has been a member of the Board of Directors since September 2009 and previously served on the Board of Directors from September 1998 to July 2003. In April 2003, he became CEO designate of Vodafone Group Plc and served as its Chief Executive Officer from July 2003 to July 2008. He also served as a member of the board of directors of that company from 1999 to 2008. From July 2001 to January 2003, he was Chief Executive Officer of Accel-KKR Telecom. He was the Chief Executive Officer of InfoSpace, Inc., and a member of its board of directors from April 2000 to January 2001. He was the Chief Executive Officer of the USA/Asia Pacific Region for Vodafone AirTouch Plc from July 1999 to April 2000. From February 1997 to July 1999, he was the President of AirTouch Communications, Inc. Prior to that, from April 1994 to February 1997, he served as President and Chief Executive Officer of AirTouch International. Mr. Sarin joined AirTouch Communications, Inc. in 1994 as Senior Vice President Corporate Strategy and Development upon its demerger from Pacific Telesis Group, which he joined in 1984. Mr. Sarin also currently serves on the boards of directors of Accenture plc, Blackhawk Network Holdings, Inc. and The Charles Schwab Corporation. Mr. Sarin served as a Senior Advisor at Kohlberg Kravis Roberts & Co. from October 2009 to October 2014. He previously served as a director of Safeway, Inc., ending in 2015. In 2010, Mr. Sarin was named an Honorary Knight of the British Empire for services to the communications industry.

Mr. Saunders, 47, has been a member of the Board of Directors since March 2017. Mr. Saunders has served as CEO and President of Allergan plc since July 2014. He has been a board member of Allergan plc since July 2014 and has served as its Chairman since October 2016. He previously served as Chief Executive Officer and President of Forest Laboratories, Inc. from October 2013 until July 2014 and had served as a board member of Forest Laboratories, Inc. beginning in 2011. In addition, Mr. Saunders served as Chief Executive Officer of Bausch + Lomb Incorporated, a leading global eye health company, from March 2010 until August 2013. From 2003 to 2010 Mr. Saunders also held a number of leadership positions at Schering-Plough, including the position of President of Global Consumer Health Care and was named head of integration for the company’s merger with Merck & Co. and for Schering-Plough’s acquisition of Organon BioSciences. Before joining Schering-Plough, Mr. Saunders was a Partner and Head of Compliance Business Advisory Group at PricewaterhouseCoopers LLP from 2000 to 2003. Prior to that, he was Chief Risk Officer at Coventry Health Care and Senior Vice President, Compliance, Legal and Regulatory at Home Care Corporation of America. Mr. Saunders began his career as Chief Compliance Officer for the Thomas Jefferson University Health System.

Mr. West, 62, has been a member of the Board of Directors since April 1996. He is a founder and partner of Emerging Company Partners LLC, which was formed in January 2004 and provides executive management advisory and consulting services for early to mid-stage technology companies. He served as Chief Operating Officer of nCUBE Corporation, a provider of on-demand media systems, from December 2001 to July 2003. Prior to joining nCUBE, he was the President and Chief Executive Officer of Entera, Inc. from September 1999 until it was acquired by Blue Coat Systems, Inc. (formerly CacheFlow Inc.) in January 2001. From June 1996 to September 1999, he was President and Chief Executive Officer of Hitachi Data Systems, a joint venture computer hardware services company owned by Hitachi, Ltd. and Electronic Data Systems Corporation. Prior to that, Mr. West was at Electronic Data Systems Corporation from November 1984 to June 1996. Mr. West previously served as a director of Autodesk, Inc., ending in 2016.